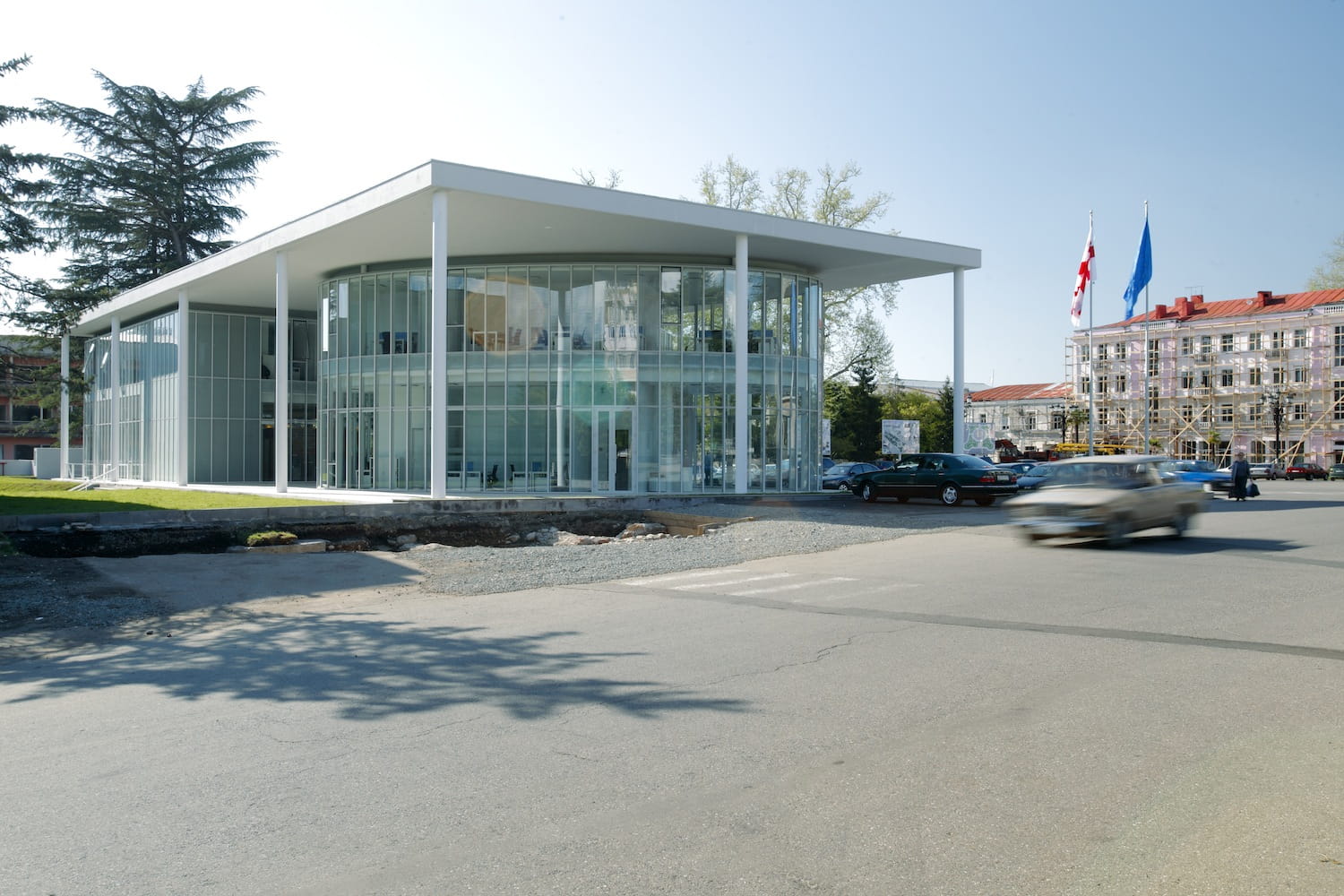 Continuing their trend for ambitious new government buildings, Architects of Invention have designed the Ministry of Justice in Ozurgeti, which was opened by President of Georgia Mikheil Saakashvili in April 2012.

Architects of Invention were invited to submit a proposal by Georgia’s House of Justice. The brief included a design for a 1500m2 building to house 95 members of staff and a flow of 400 users a day, to serve Ozurgeti’s population of 500,000. Construction began in September 2011.

The Ministry building brings together a number of services - the Civil Registry Agency, National Agency of Public Registry, National Archives of Georgia, National Bureau of Enforcement and Notary Chamber - under one roof, creating a new blueprint for a government building.