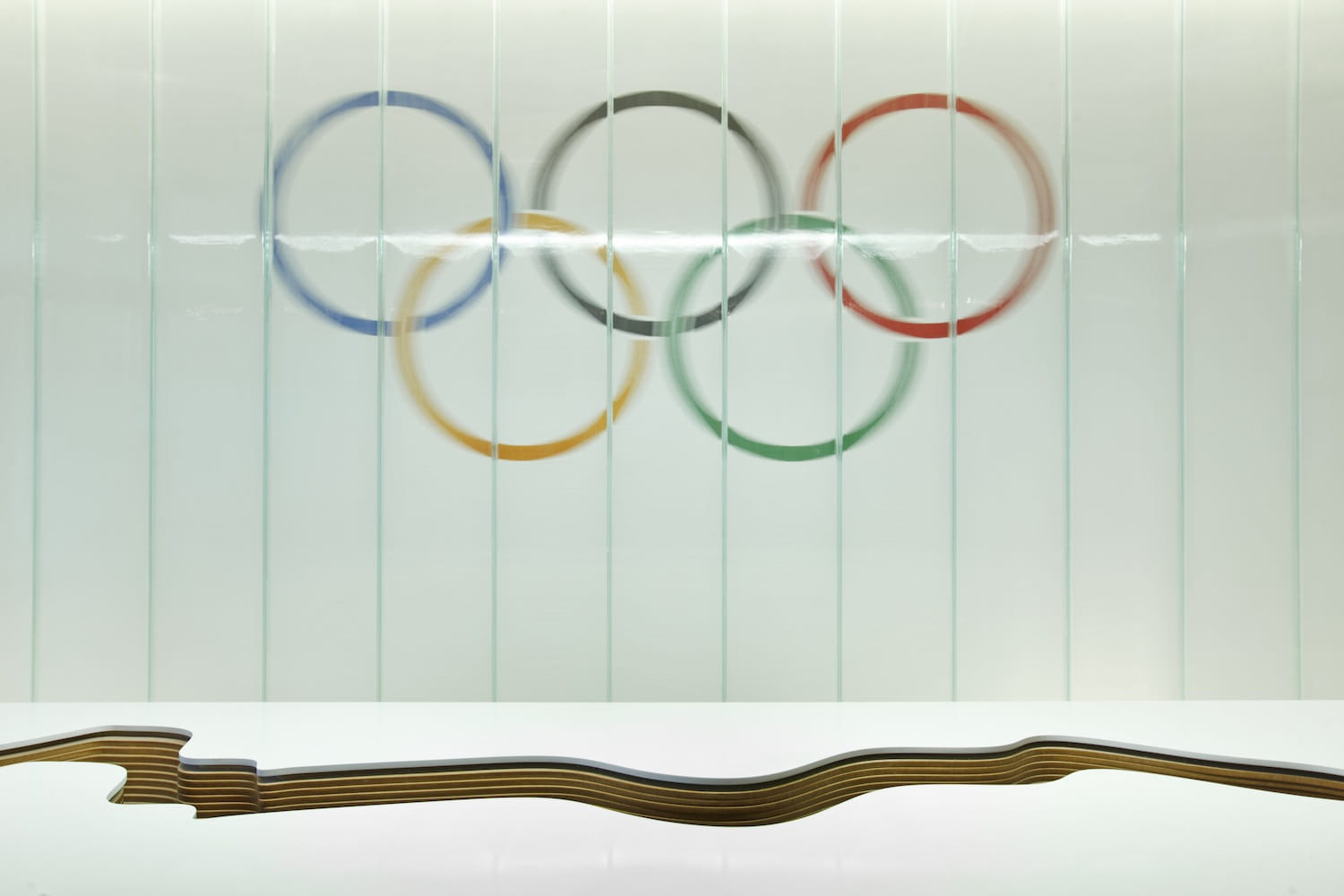 Pioneering Georgian practice Architects of Invention have designed a dramatic contemporary interior to the National Olympic Committee House in Tbilisi.   The practice was appointed by GEONOC to complete the restoration of the exterior, landscape design of surrounding gardens, museum design and office spaces for over 100 members of staff. The building is situated in the southern part of the city in the historical quarter rich in 18th century German, French and Italian architecture. The construction was completed at the end of 2011.

The building was originally built in the 19th century as a private residence and has been used for government purposes since the 1960s. While the exterior maintains its classical attributes, the interior is strongly contemporary and demonstrates a definitive move away from the Soviet architecture of the past.

Architects of Invention worked on all elements of the interior, from the intriguing reception desk - a standard rectangular table that is fissured with an arresting crevice that cuts deeply through the centre – to the athletic track markings on the floor that guide visitors around the interactive displays for young visitors to the museum. Perhaps the most striking element of the scheme is the staircase that winds through the building’s four storeys, linking exhibitions spaces and offices. The architects had to reinforce the basement level to allow large openings in the walls of the upper storeys so that the staircase could penetrate the structure. The staircase is a steel frame with MDF panels and the frame, steps and handrails are finished with maple veneer.