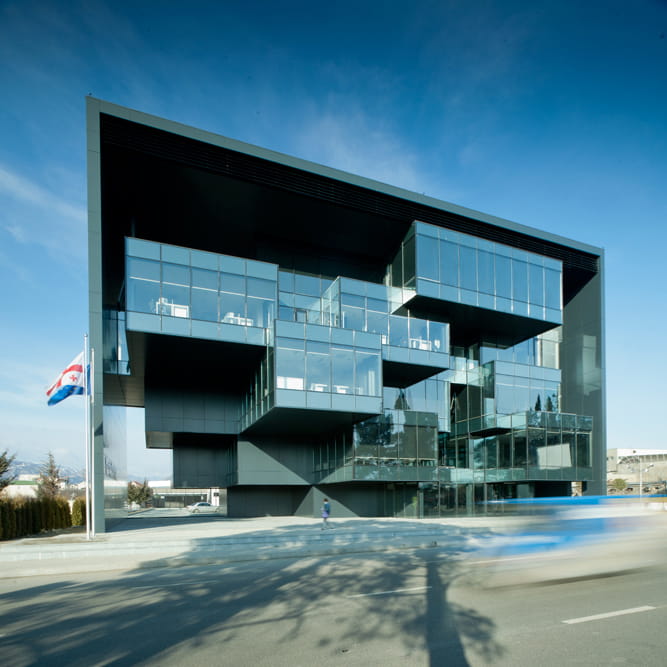 The firm submitted a proposal as part of an invited competition for a new build to the north west of the city, just on the outskirts of the city centre and close to the Tbilisi Court building. The building was completed in February 2012.

The brief was to create workspace for 60 members of staff, a substantial lobby and car parking. Work began in May 2011 and the building was completed in early 2012. The building consists of a stalwart, dark frame that has luminous, delicate volumes suspended within it. 70% of the building is free-standing away from the sides and the ground creating an impression of ‘floating’ forms.  The volumes make way for a passageway to one side of the building, creating a physical transparency of the building that is alluded to throughout the design. The suspended volumes are staggered so that they create terraces.